It’s that time again! Time to see what’s going on in Crazy Grammar Town! Let’s visit our old friends, Grammarly. They have a post on relative clauses which is not bad, until they get to talking about that and which (yeah, I know this is more about style than grammar, just stay with me):

The lamp, which was given to me by Aunt Betsy, is on the bedside table.

The lamp that Aunt Betsy gave me is on the bedside table.

In British English, it is often acceptable to substitute which in restrictive clauses.

The lamp which Aunt Betsy gave me is on the bedside table.

In their post on nouns, there are four instances of the word which. How many of these appear in restrictive clauses – the kind of clause that Grammarly specifically states should be introduced by that? Let’s count them: 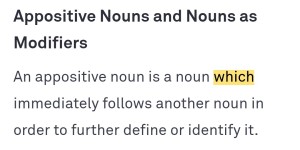 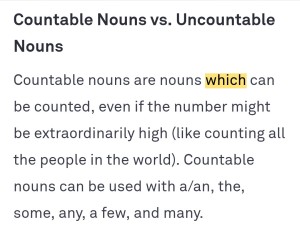 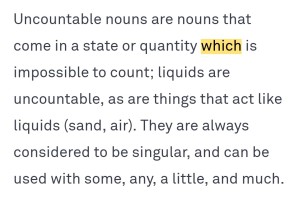 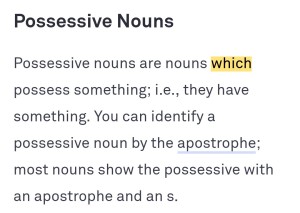 That’s all four! Congratulations, Grammarly! You hit for the cycle! *Applause*

Why is Grammarly so bad at this? Grammarly can’t follow their own advice because either:

Read more about which hunting and the that/which distinction from Jonathon Owen here and Stan Carey here.

1 thought on “Which hunting on Grammarly”